BLIND – We have many things in common. We organize the relationship between inside and outside.

SILK – (dismissive) The old myth of inside and outside. Thereby I am a scheme for a space and you an attribute of it. In my case however, it is about structure – more than separating, it is about creating a new space.

Curtain Show revolves around Lilly Reich’s Silk and Velvet Café at the Women’s Fashion Exhibition in Berlin, in 1927. The trade fairs of the 19th century and early 20th century were places of great innovation in the fields of art and design (Reich’s ‘Café’ is a phenomenal example), but they were also inevitably sites of alliance between political power and design. Reich’s bold exposition, made by draping gold and silver silk; and black, orange and red velvet over chromed-steel tubular frames, created a maze of temporary spaces, which enveloped visitors and traders while forming the content of the exhibition. Starting from the installation’s complex spatial position, and ambiguous political one, Curtain Show unfolds this dual role as curtains form background and foreground in a meeting of curtain works. 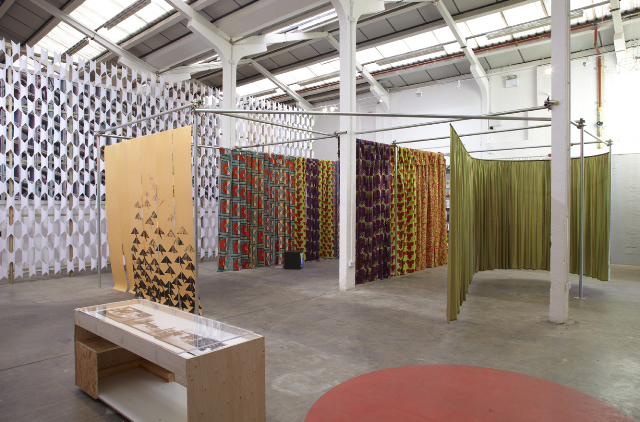 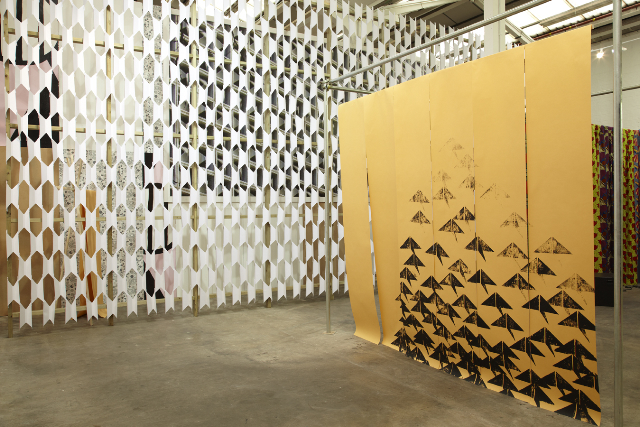 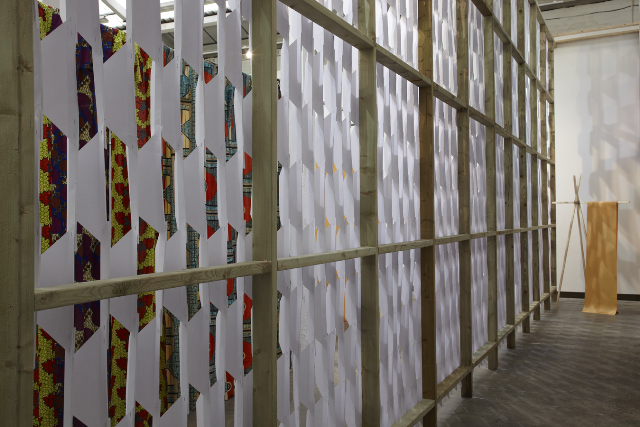 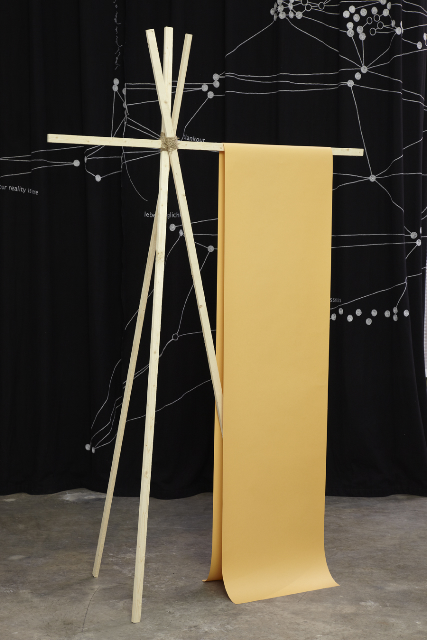 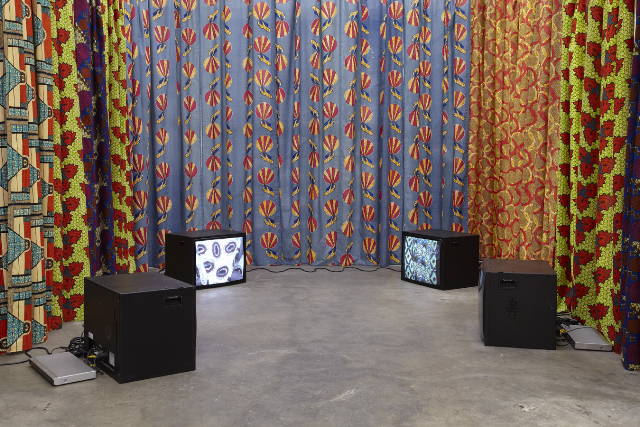 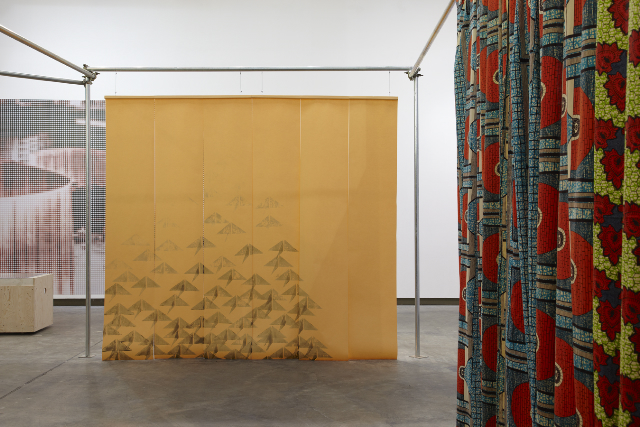 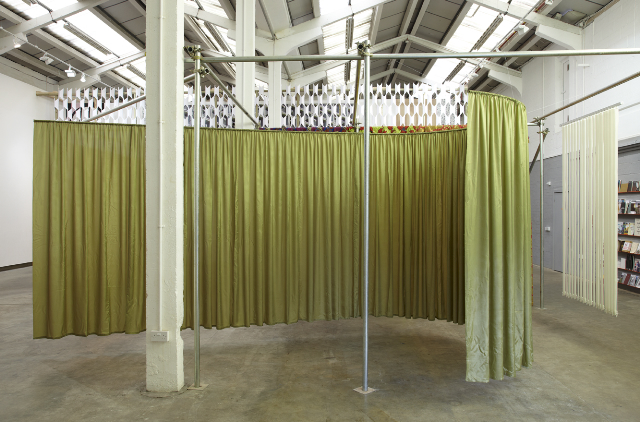 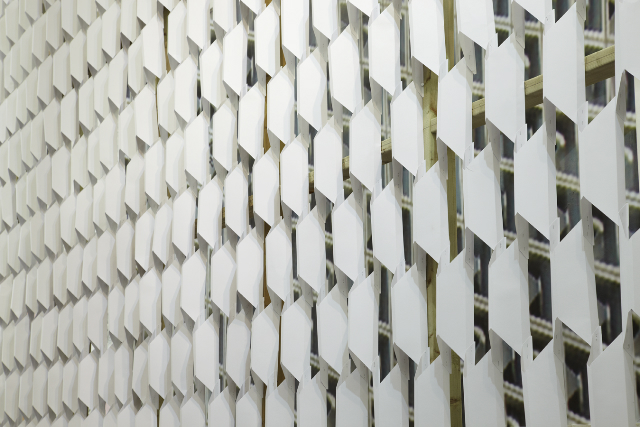 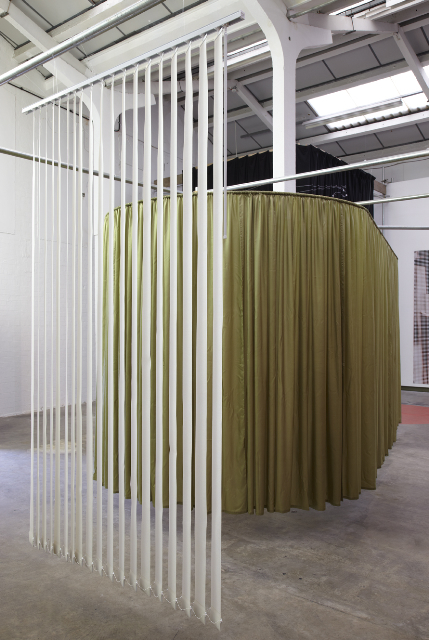 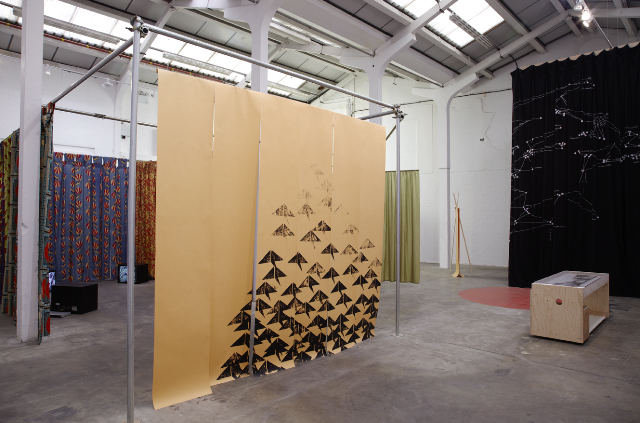 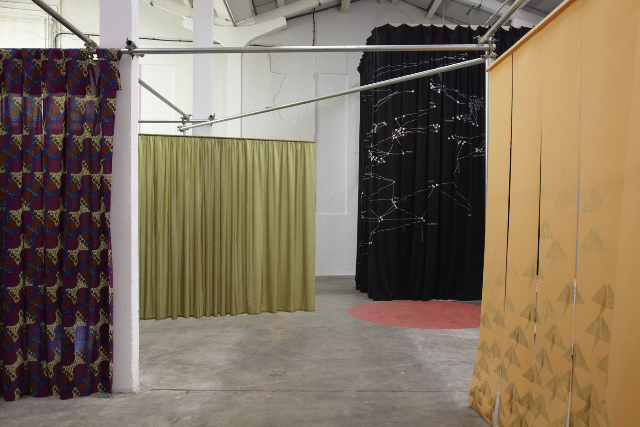 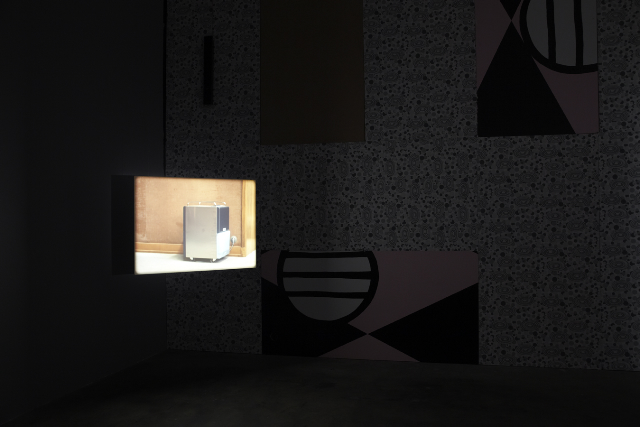 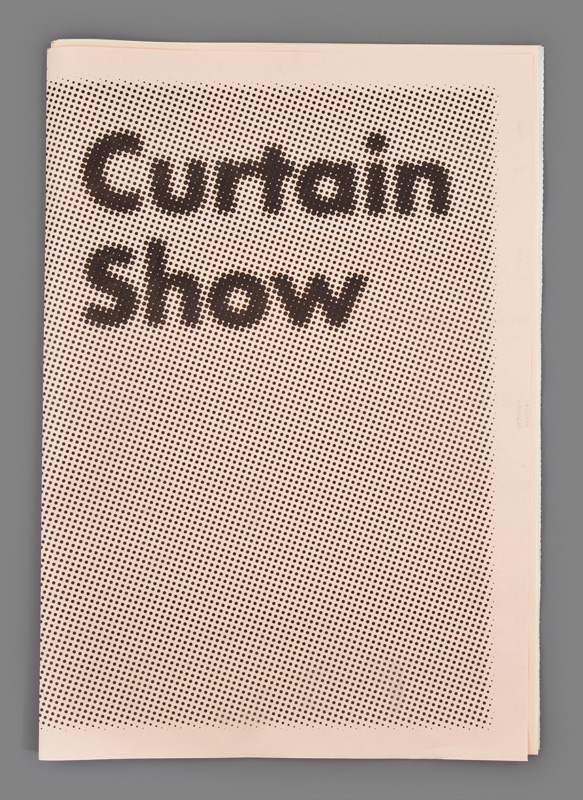 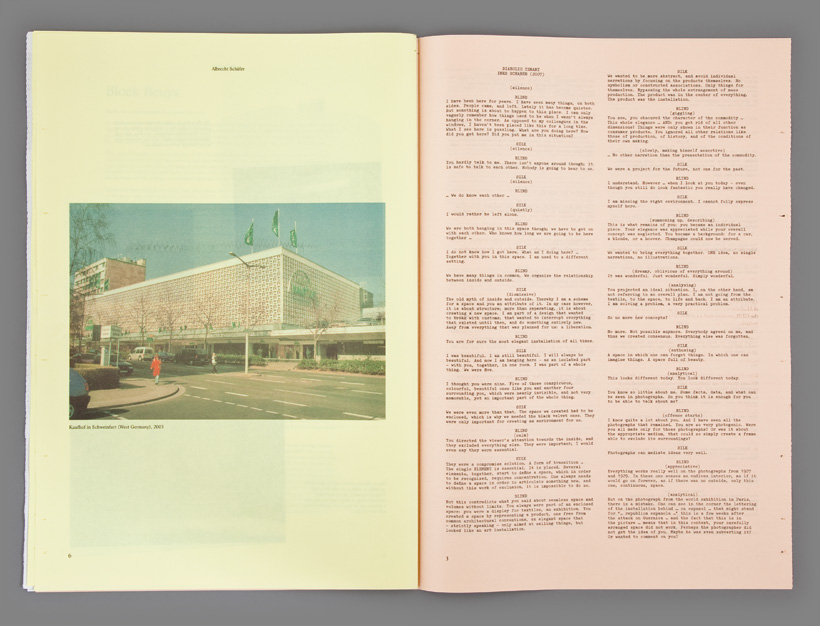