We just came to say No is a film installation which confronts and intermingles two separate histories of injustice, a plot taking place in fascist Italy is set against Charlemagne’s wars against the Muslims, and both are performed by puppets, who exchange the roles of stage and audience and intervene in each other’s stories to cheer on or disagree.

We just came to say No follows Silvestro on one screen, who beset by feelings of hopelessness, decides to travel to his native Sicily; he encounters a number of characters along the way, as a series of allegorical representations of the time. The play is an adaptation of Conversations in Sicily by Elio Vittorini, a novel written as a poetic allegory in order to bypass fierce censorship in the midst of an ‘abstract rage’ against of 1938 fascist Italy.

This puppet show has an audience on the other screen, amongst which puppets from the traditional Carolingian trilogy (which forms the basis of all Sicilian puppetry), play an unruly public, enacting a second play. Incensed by the seeming passivity of the characters on stage, by their failure to revolt against fascism, puppets in shining armour – who have much experience of popular revolt, warfare and injustice – mock and refuse this version of their future by calling for rebellion “Mora! Mora!” (Die! Die!)

Double play with puppets conceived by the artist and based on a performance that took place in Modica, Sicily, on the night of 24-25th August 2012 staged with puppeteers Fratelli Napoli, as part of the Vespri Siciliani, curated by Marco Scotini and organised by Laveronica Gallery, a contemporary re-staging of the Verdi Opera on the 1282 Sicilian revolt.

We just came to say No. 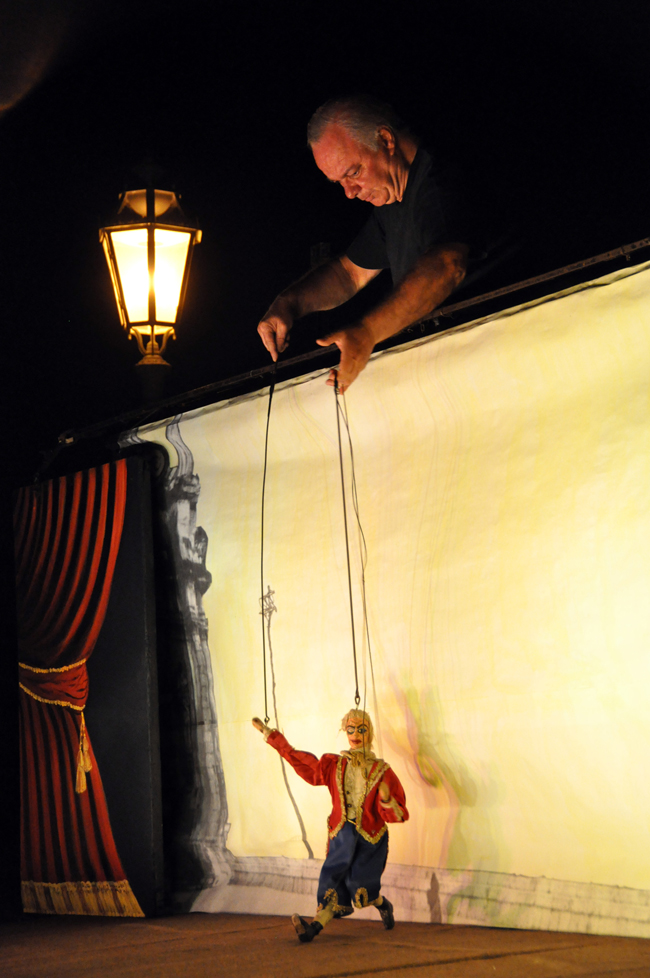 We just came to say No, 'Peppininu'. 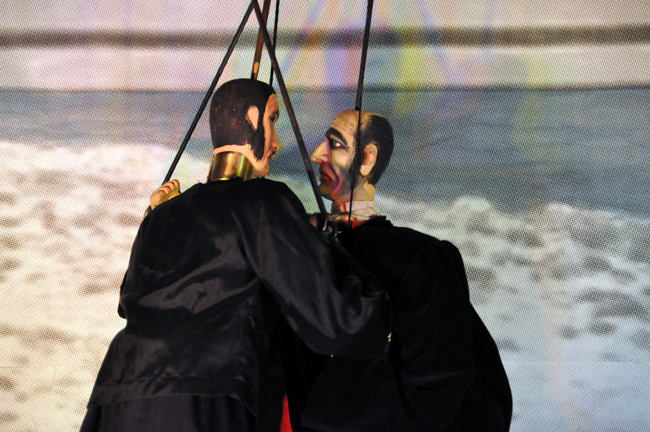 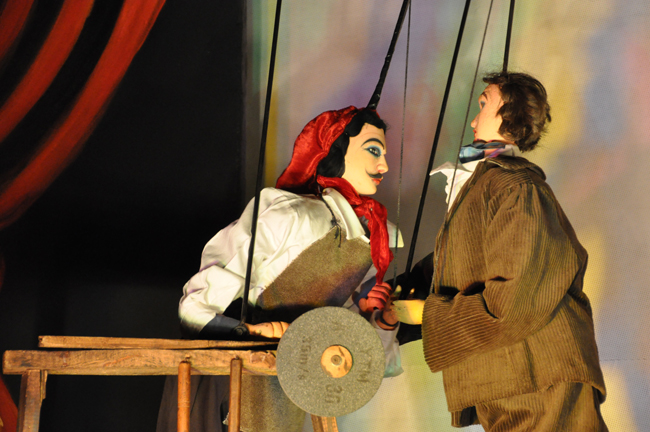 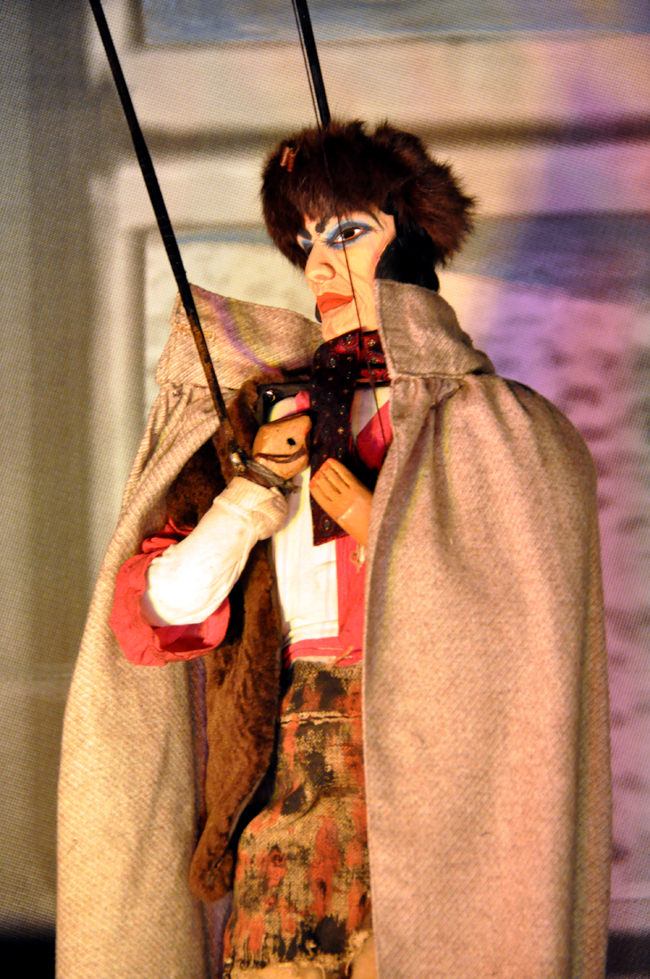 We just came to say No, 'Gran lombardo'. 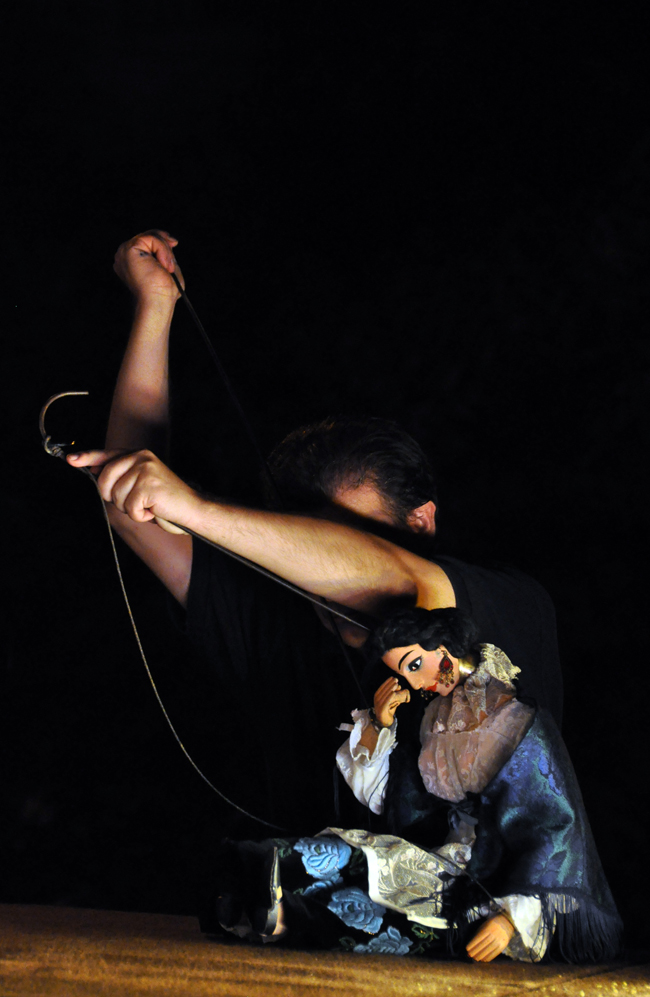 We just came to say No, 'Contadino'. 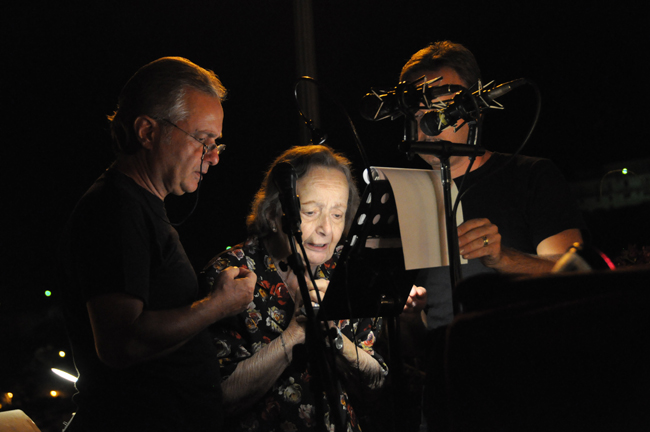