Ad-hoc, prop-making techniques are used to make five Additionals: objects to be placed inside (besides determine the character of) media representing a presence outside of themselves (this text and installation as well as film*).

Each Additional’s pseudo-functionality (namely, structures for ‘communicating, listening, preparing, reading, and public speaking’, respectively) responds to relations between Tiger and the other characters, found in Cornelius Cardew’s score, The Tiger’s Mind.

The contingent, compounding functionality of Addition is a contrasting nod to the ‘minus’ of Michelangelo Pistoletto’s sculpture series Oggetti in meno (1965–66).

A space blanket curtain provides presence to what passes unseen and unheard: the abstracted form carrying Wind’s news to Tiger, silently. The golden curtain’s ultra-light material produces an amplified shape and noise from the slightest sigh, and separates inside from out, near from far, dark from light and hot from cold.

A ten-channel instrument is built, allowing Tree to compose not only the polyphony of sounds and voices he gives to disparate objects, but also the surroundings in which they and the instrument stand. Each channel has its own pair of speakers, which may also be assembled spatially to sonically model the landscape.

Structure for Preparing the Piano

Tracking Mind’s movements, it is clear that his body and the chair supporting it are as much his instrument as the piano he plays with his fingers. He is given a wooden stool with the long arm of the adjustable lamp reaching under the piano’s lid and into its body, lighting Mind’s way as he actively exploits each prepared part.

Avoiding a possible climbing accident, Amy is given a Hatherley patent ‘Lattistep’ orchard ladder, topped off with an Ercol Quaker chair, where she can safely read up in Tree‘s branches. In addition, a sturdy aluminium structure for speaking while standing, plus transparent looking glass – preventing the trap of a ‘singular truth’ – supports Circle’s multiple mirroring and framing of Amy’s reading body.

* Documentation, made between takes on set, reveals the necessary movement of Additional people and objects, producing Additionals narrative presence on screen.

Additionals in writing by Will Holder (Amy). Appended and repurposed from the publication The Tiger’s Mind, published by Sternberg Press, 2012.

Additionals were commissioned by Pavilion, Leeds, and developed during The Tiger’s Mind with Jesse Ash as Wind, Celine Condorelli as Tiger, Beatrice Gibson as Circle, Will Holder as Amy, John Tilbury as Mind, and Alex Waterman as Tree. 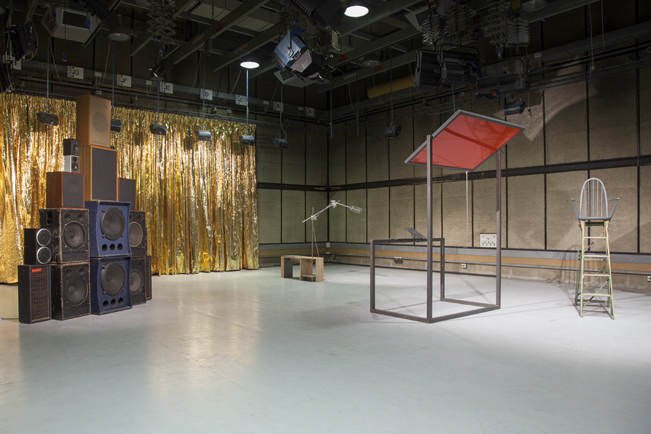 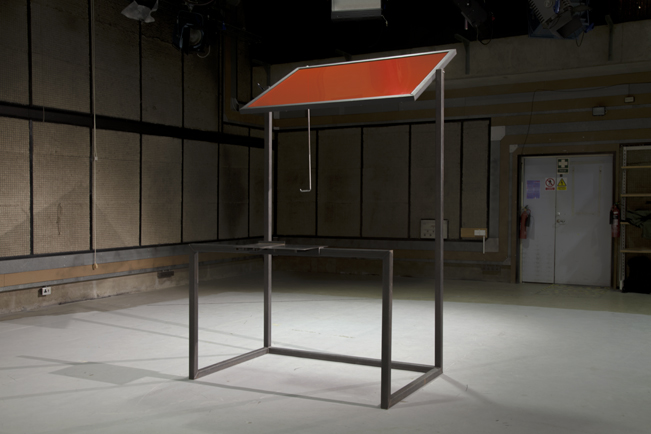 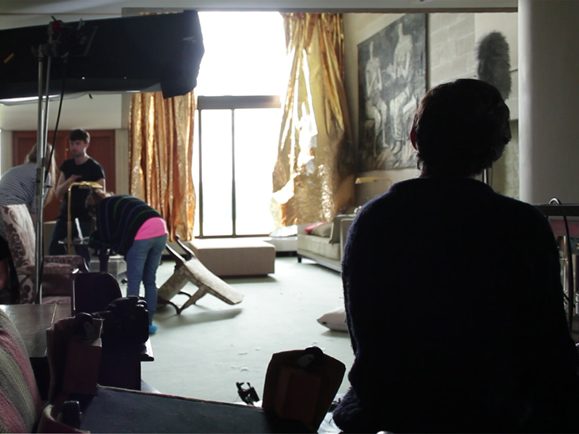 Additionals (Structure for Communicating with Wind), as prop 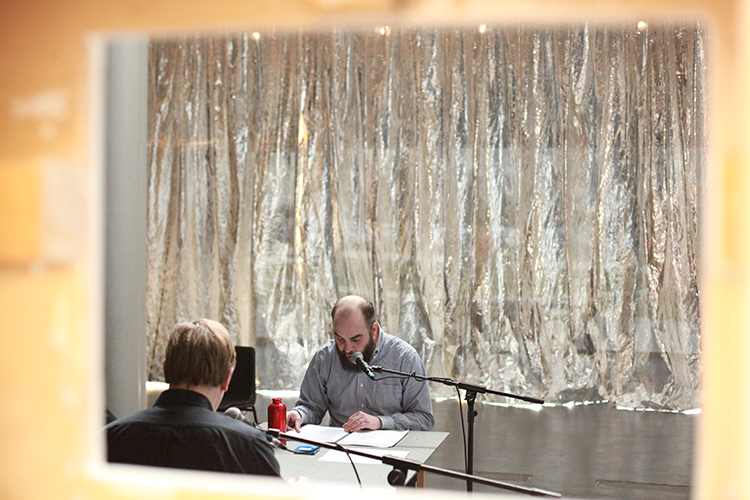 Will Holder as Amy and Alex Watermann as Tree 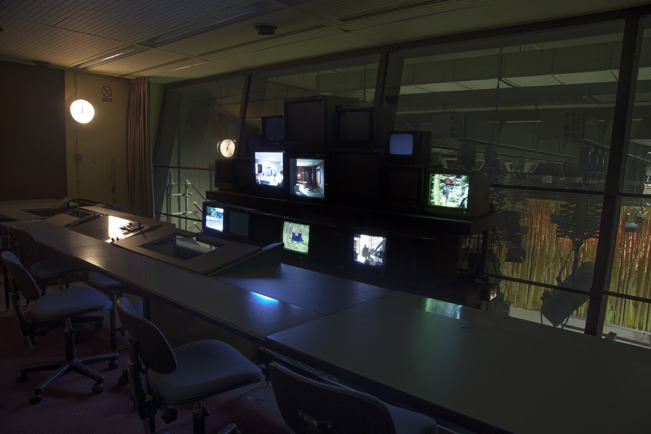 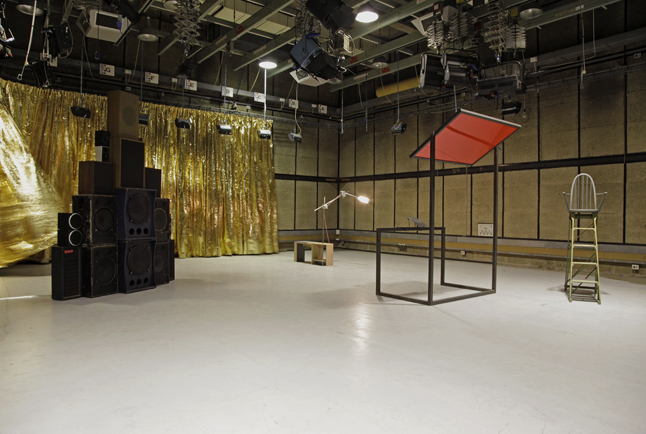 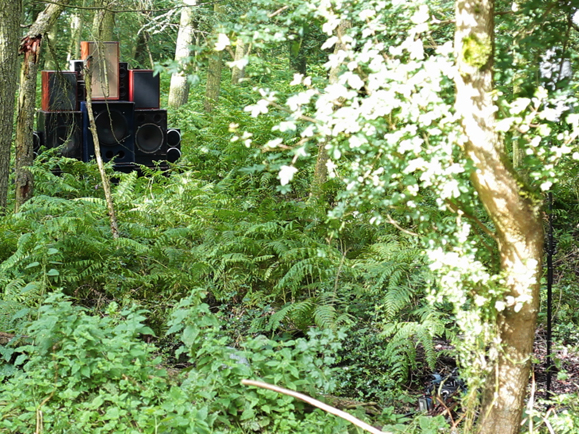 Additionals (Structure for Listening), as prop
Céline Condorelli and John Tilbury, Additionals, The Mind and The Tiger 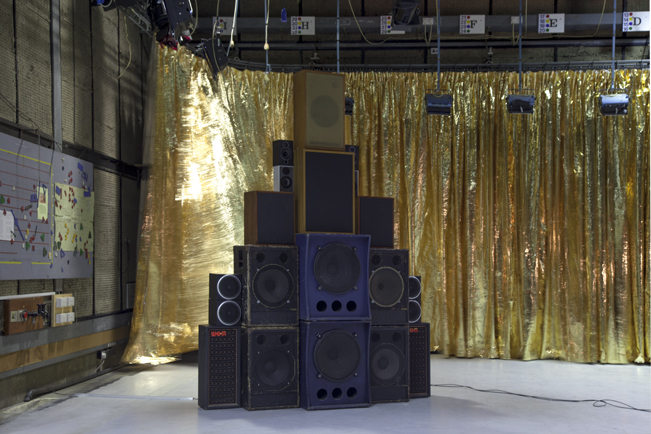 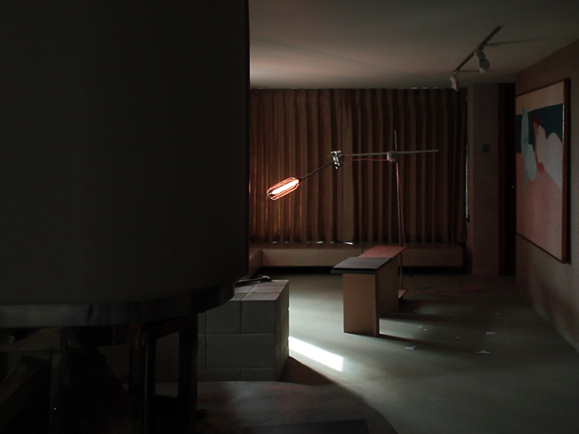 Additionals (Structure for Preparing the Piano), as prop 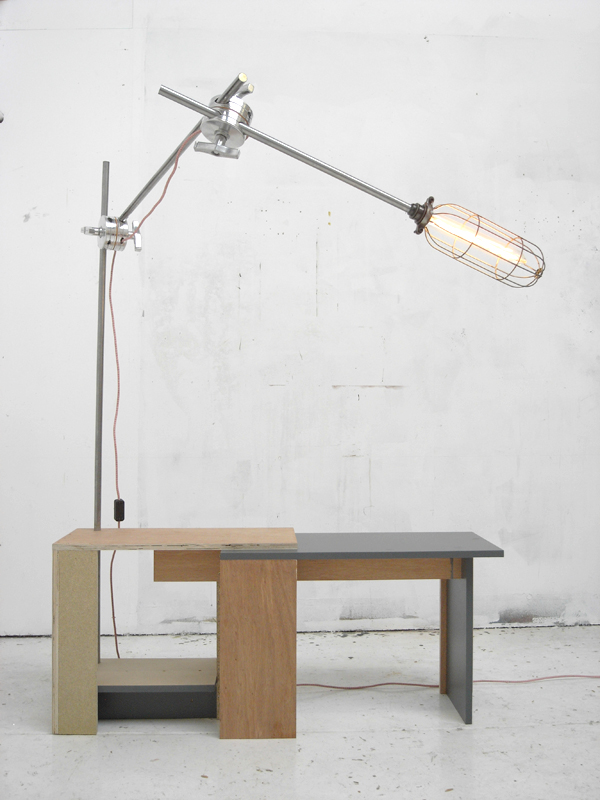 Additionals (Structure for Preparing the Piano), in studio 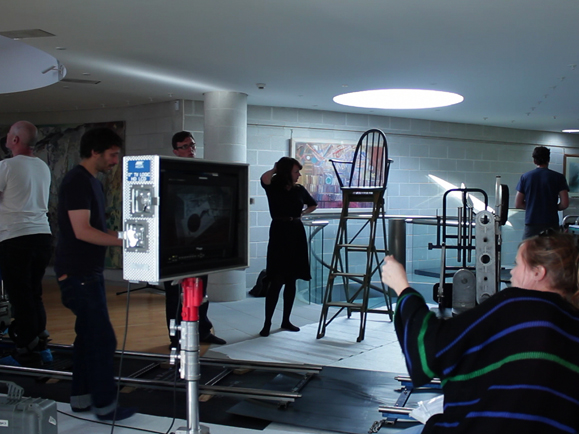 Additionals (Structure for Reading), as prop 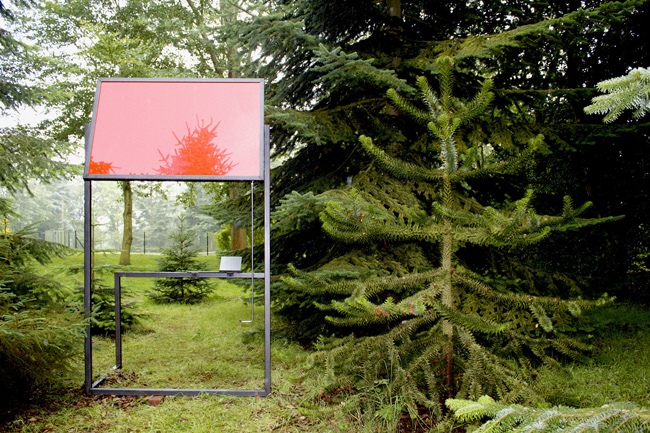 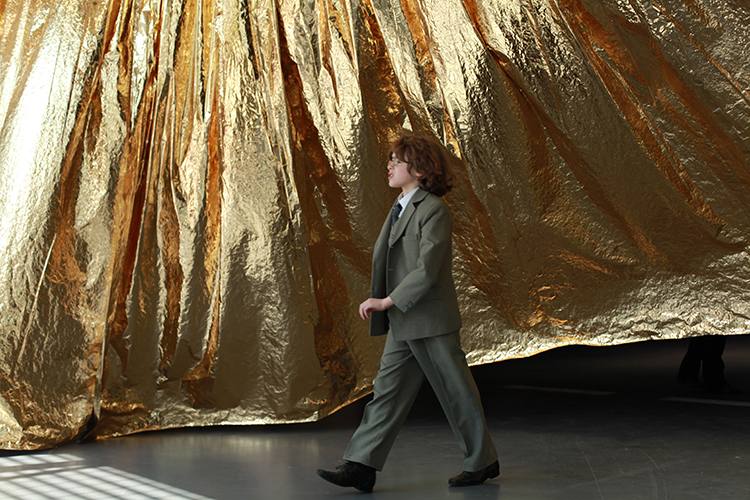 Structure for Communicating with Wind
1 / 16