Support Structure was an evolving collaborative project between architect Celine Condorelli and artist-curator Gavin Wade from 2003 to 2009. It aimed to create a space continuously reinvented by its users in relation to its context. Support Structure housed artefacts as well as activities and aids reconsideration of existing spaces as an impulse for future change.

Phase 1 of the Support Structure project was set in the Chisenhale Gallery, London, 2003. ‘I Am A Curator’ was an exhibition, proposed by Per Huttner, in which members of the public were invited to be curators for a day. Support Structure’s own brief was the (re)organizational potential of such an inversion in the exhibition-making process, through the provision of a complete display and storage system, used to develop and accommodate 30 exhibitions in 30 days, while being a piece amongst others in the exhibition itself. Support Structure phase 1 addressed notions of organization and display in the realm of art and its institutions through the provision of a hyper-functional exhibition system, critically questioning their relationship with art objects.

Phase 2: In support of Corporations
The Economist Plaza, 2004

Phase 2 responded to Alison & Peter Smithson’s proposition for the Economist Plaza, London, to be a micro-city. Support Structure focused on the corporation’s supposedly public spaces to question and update definitions of publicity and inhabitation. Support Structure proposed and actively set-up new functions for the ground-floor spaces by working from two mobile offices, providing a mobile waiting room and a public archive of the Economist magazine, a curtain system for indoors and outdoors, as well as hosting discussions, workshops and films, towards the articulation of a series of new briefs for the site. This temporary state of exception on the corporate environment of Economist Plaza was used to re-address notions of property and public space 40 years after it was first designed, evaluating the legacies of a modernist project within current conditions.

For phase 3, Support Structure worked with the Portsmouth Multicultural Group. The question “what is multicultural?”  was used as the starting point for producing a set of resources for the group with which to define and expand the term, including an archive, a new public identity and complete designs for the Multicultural Festival. In order to address the notion of multiculturalism in specific relationship to the group, the archive was proposed as a defining entity to be built up as a social act, through a public enquiry on what it should contain. It was launched with a picnic and a full-size drawing of the festival layout on Castlefield, Southsea, and the delivery of a manual in the form of multifunctional-headed paper. This process addressed the Portsmouth community, yet crucially reflected back onto the Multicultural group and its employees in addressing the core tenets of the group and its functions; the wider rifts revealed between intent and actuality eventually lead two members of the organization to resign their position. Phase 3 addressed notions of identity and inclusion, but revealed the apparent paradox of support leading to undoing.

Phase 4 questioned the relationship of Greenham Common to its surrounding communities by posting an “Act” encouraging rambling and a renewed ownership of the land.  In support of West Berkshire Council, ‘Common Use’ played on planning and advertising language to promote public awareness and active use of the historically scarred Common.  A large billboard, constructed on the former base’s control tower, presented a new slogan for Greenham Common and a Common Use walk was designed with the local rangers. Phase 3 addressed the problematic inheritances of chosen histories and their everyday manifestations, and focused on promoting alternative modes of property like the customary ‘Commons’ towards active participation in the public realm.

Commissioned for the 40th anniversary of Essex University, phase 5 utilized the social premise of the university campus as a platform for conversation and debate to form the first mappings for the past and future communities of Wivenhoe Park. The first official map of the campus was developed and its index instated as temporary signage across the site. Walks & talks were taken with different types of inhabitants of the site, and then recorded; these formed the basis both for an oral history archive to be developed in the gallery and a first map of the campus and its index to be produced. By researching the site exclusively through personal stories and their corresponding itineraries, ‘In support of Education: walking & talking’ questioned official, recognized versions of history versus inhabited ones, and supported alternative knowledge production and its archiving through a focus on aurality and its relationship to the built environment.

Phase 6 focused on Eastside, Birmingham, as a site in flux whilst awaiting massive regeneration. ‘How can we support you?’ offered Eastside Residents a voice to articulate their own briefs for the many ways in which they would like to be supported through urban transformation; briefs and definitions of support where collected and placed amongst those of local and international figures, to produce a free booklet, a series of temporary billboards, and hand drawn placards positioned for use across Eastside and presented in ‘protest walks’. A series of talks were commissioned from Mark Cousins, Jaime Stapleton & Andrea Phillips, in order to publicly debate the situation and its possible implications. Exploring an enormous range of unspoken needs and desires for support, phase 6 drafted a first outline of the notion of support, and through its articulation and exposing, supported the formation of local positions to take part in urban renewal.

A project commissioned for a series of shopping mall exhibitions across China by British Council and Get it Louder (GIL), Support Structure phase 7 produced a soundtrack ‘music for shopping malls’. The project chose to work with the two existing commercial typologies, which are not for sale in a mall and yet crucial to supporting shopping: muzak and shopping bags. These banal components of the shopping environment and its production system were made visible as sites for cultural production, with a music album written with Chinese-based experimental musicians 718, Yan Jun and Zafka, and an exposed production line of hand-made, recyclable and customizable free shopping bags. The project works with malls as contexts mixing high and low culture and as spaces of public appearance, and intervenes with and in these complete, choreographed, organized environments; with an absence of an outside, spatially, these are yet fully integrated within a global economy and cultural infrastructure.

Phase 8: in support of Institutions comprises ‘music for museums’ and ‘curtain as a declaration of desire for change of function’. ‘Music for museums’ took its lead from ‘music for shopping malls’ to produce a soundtrack for museums using the history of the muzak corporation, with the same musicians as well as the two UK based Isambard Khroustaliov and ISAN; background music was developed for a specific range of functional areas within gallery and museum spaces. The piece questions contemporary exhibition environments’ default position of ‘neutrality’, and reconsiders them as places of production; it addresses the existing cultural and commercial typologies of the museum to support and stimulate critical engagement with ‘functional music’.

This functionality is addressed in its human level with ‘Curtain as declaration of desire for change of function’, which focuses on how an institution recognizes and documents its own workings. Support Structure proposed that the ICA make a list of every person who has been part of the ICA during its sixty years, and to maintain this list into the future. The project highlights the difficulties in quantifying such an accumulation; the past dependent on access to archives often lost or sold, and the future subject to the reality of institutional and pragmatic shifts of commitment- but it also revealed the contractual nature of such a history, while the only documents that could be used were those from publications and accounts, excluding therefore other, more casual forms of engagement. The vastness of the list functions as an equalizing system as both artists and employees appear in it, and are therefore registered as workers in the institution.

In support of public is Eastside Projects, a new artist-run space as public gallery for the City of Birmingham that opened in September 2008. By integrating the design, architecture and management as well as the curation of the space as its programme, Support Structure are developing an open-ended long-term gallery system that will evolve in collaboration with invited artists to the gallery; Wade is gallery director and lead artist-curator and Condorelli is architect-curator. Support Structure’s role is to generate a space where the building itself  shifts or transforms itself from passive becomes active, and articulates a changing and cumulative context with and for exhibition-making. This allows the art space to enter a discourse of performativity within a highly constructed and critical environment, inventing alternative modes of display and engagement with art production. The first exhibition ‘This is the Gallery and the Gallery is many Things’ took place as a sequential building site, with artists invited to work on different parts of the building with Support Structure.

In support of support is a publication project for the creation of the missing bibliography of support structures. This will form a ‘performative bibliography’, ie an art project in the form of a newly created set of references for an art practice. The long-term engagement with notions of support through the research-based practice ‘Support Structure’ highlights an almost complete absence of literature or theory on the subject, and therefore the imperative need to support its creation. While registering and collecting reference projects in a new archive of ‘support structures’ alongside its 10-phase project, Support Structure is inviting specialists from different fields to elaborate frameworks and work on texts which will form the theoretical backbone of the publication.

Phase 1: In support of Art

Phase 2: In support of Corporations 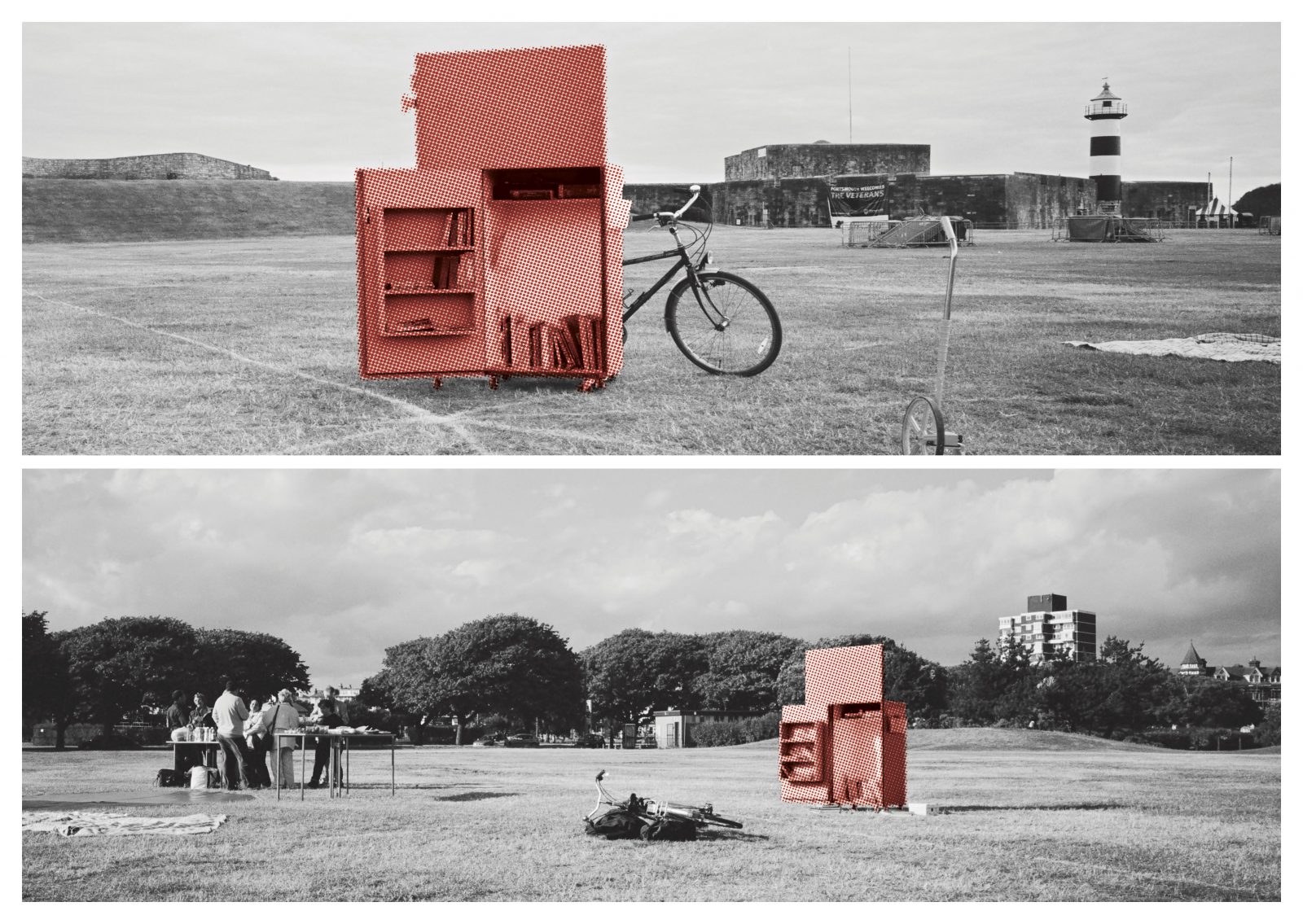 Phase 3: In support of Community

Phase 4: In support of Politics 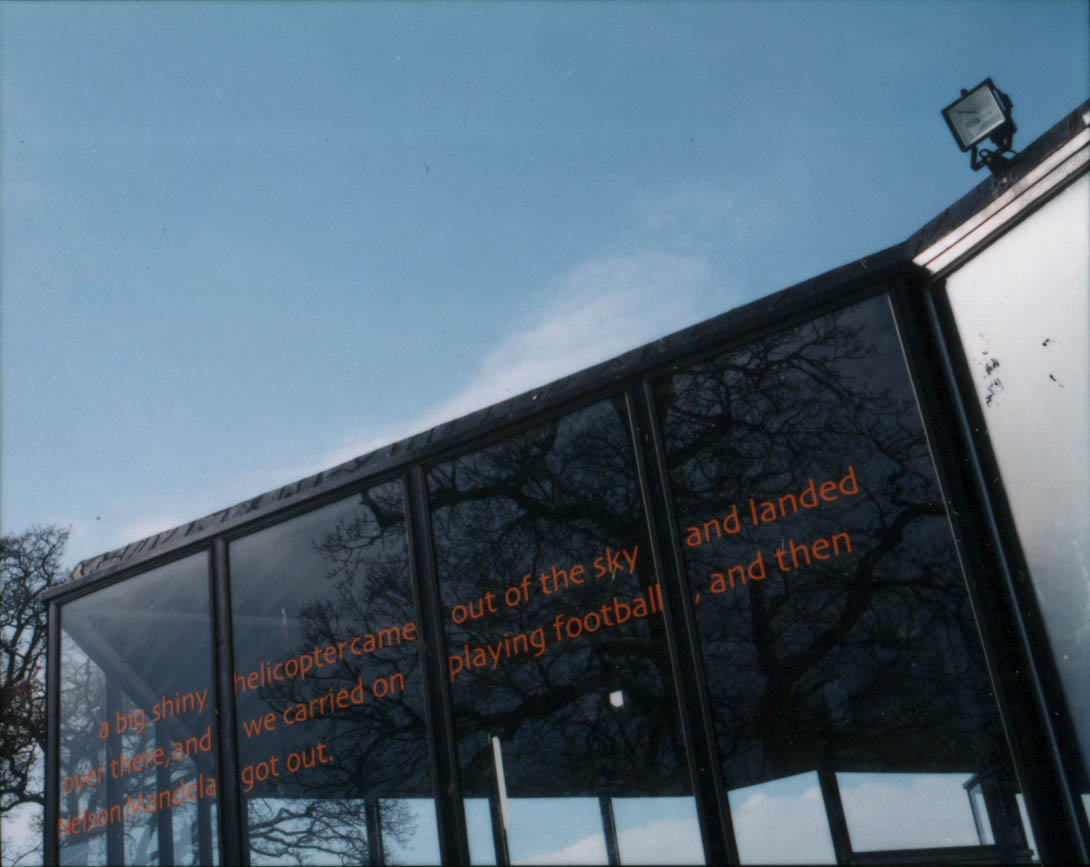 Phase 5: In support of Education

Phase 6: In support of Urban Renewal

Phase 7: In support of Shopping 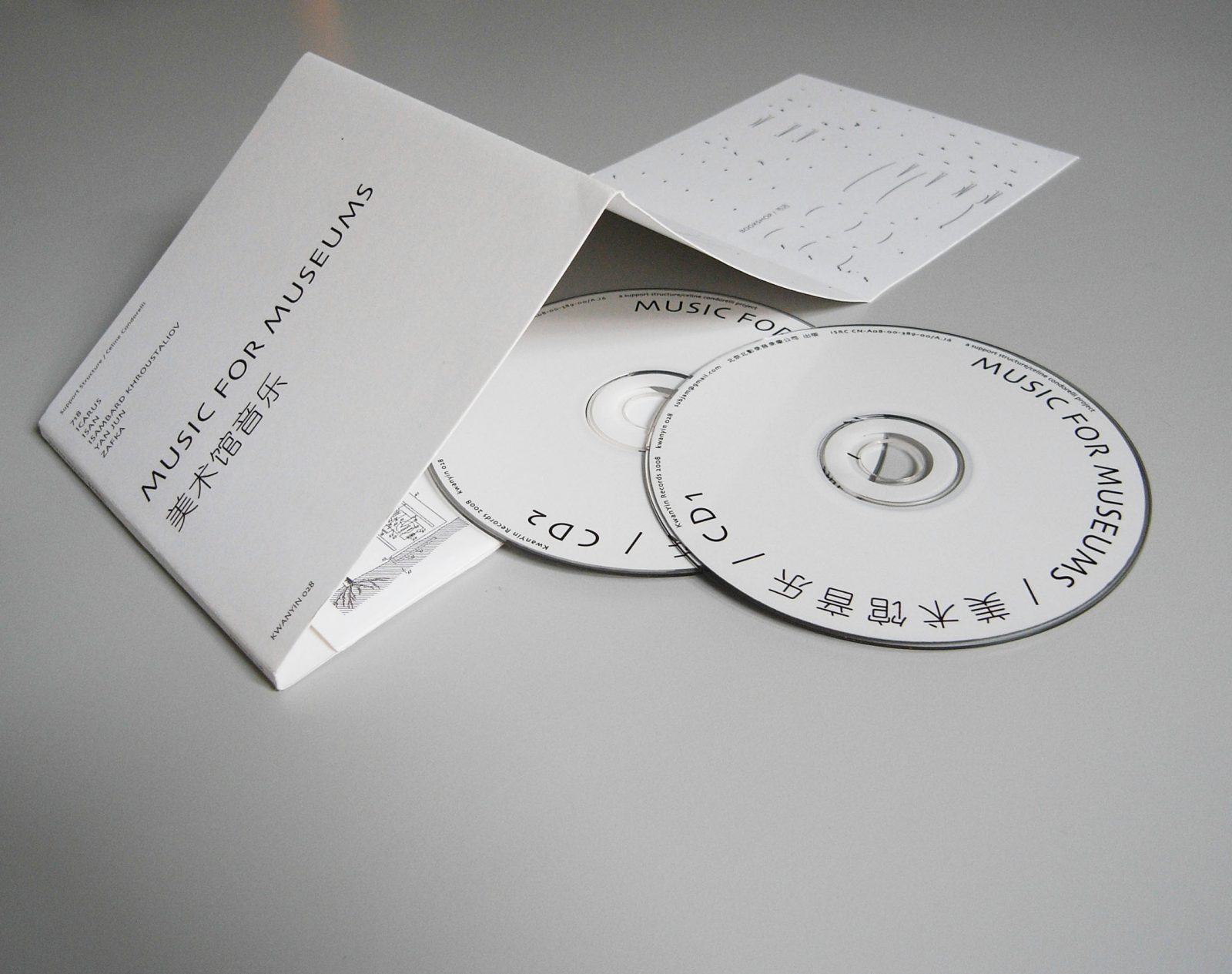 Phase 8: In support of Institutions 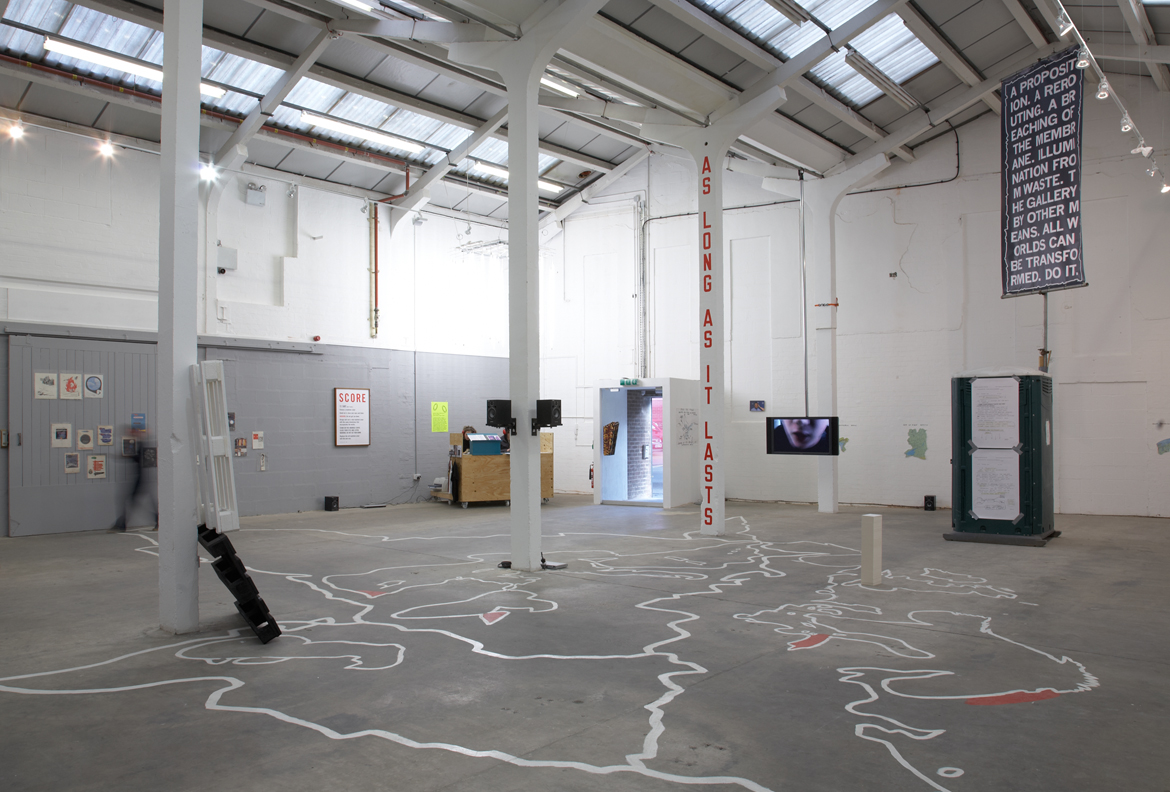 Phase 9: In support of Public 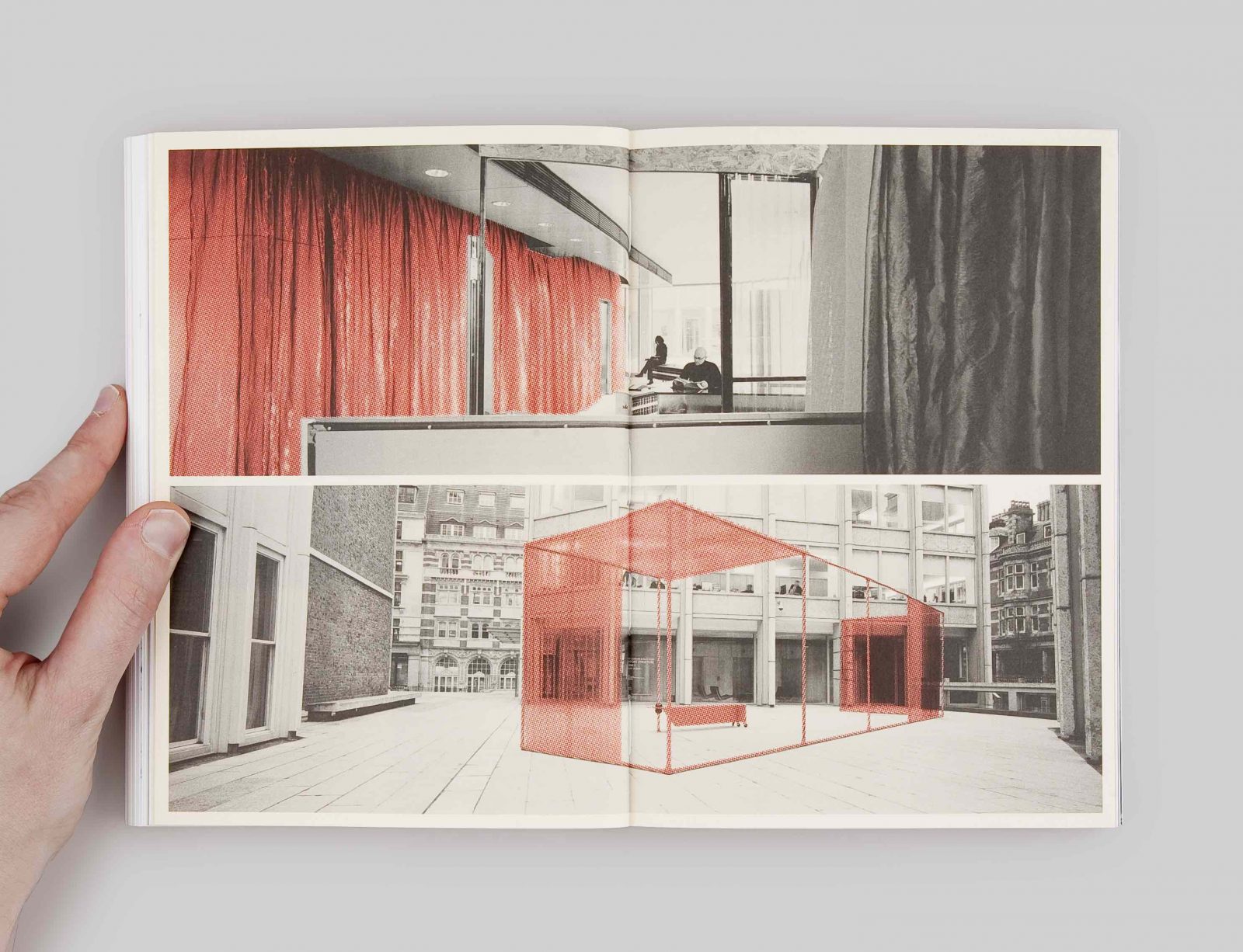